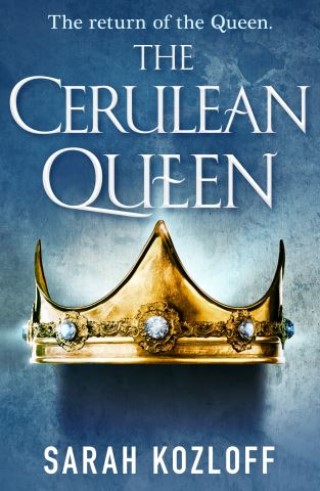 Sarah Kozloff's breathtaking and cinematic epic fantasy series The Nine Realms, which began with A Queen in Hiding, comes to a thrilling conclusion in The Cerulean Queen.

The true queen of Weirandale has returned.

Cerulia has done the impossible and regained the throne. However, she's inherited a council of traitors, a realm in chaos, and a war with Oromondo.

Now a master of her Gift, to return order to her kingdom she will use all she has learned—humility, leadership, compassion, selflessness, and the necessity of ruthlessness.

At the Publisher's request, this title is being sold without Digital Rights Management Software (DRM) applied.

Sarah Kozloff: SARAH KOZLOFF holds an endowed chair as a professor of film history at Vassar College. She worked in the film industry in both television and film before becoming a professor. She is the author of A Queen in Hiding, The Queen of Raiders, and A Broken Queen.