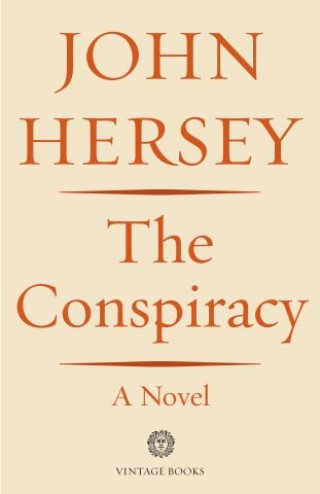 Nero’s secret police believe they have come on the first hints of a plot against the emperor’s life. Once promising and gifted—friend of poets, pupil of the great Seneca—Nero has now bloodied himself and grown fat on power, and he has turned his back on the men of intellect who used to be his chosen circle. He has driven Seneca into retirement. He has proscribed the writings of Lucan, Rome’s foremost poet. Crass, mediocre men—the military and the secret police—now have his ear and favor. While he and his court give themselves to dreamlike pleasures and fetes, the obsessed secret police close in on (or do they foment, or imagine?) the conspiracy of the men of letters…

John Hersey: John Hersey was born in Tientsin, China, in 1914 and lived there until 1925, when his family returned to the United States. He studied at Yale and Cambridge, served for a time as Sinclair Lewis’s secretary, and then worked several years as a journalist. Beginning in 1947, he devoted his time mainly to writing fiction. He won the Pulitzer Prize, taught for two decades at Yale, and was president of the Authors League of America and chancellor of the American Academy of Arts and Letters. John Hersey died in 1993.