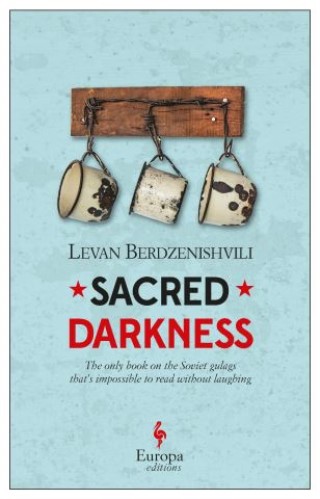 Based on true events, a thrilling marriage of reportage and fiction, Sacred Darkness brings together the stories of a group of citizens from the Soviet Union who find themselves in an extraordinary, absurd condition.

As a political dissident, Berdzenishvili lands in jail, serving a sentence on trumped up charges of activism and agitation. But rather than being the hell he expected, jail allows him access to a wide array of intellectuals, professionals, citizens of all walks of life, many of whom, he freely admits, he would not have had the chance to meet if he had not been in jail.

Here he bears witness to those lives. Each chapter carries a single person’s name and focuses on a single story. Collectively, however, these portraits create a multifaceted and vast picture of life in the Soviet Union and during its demise. A nation seeks to suppress its brightest citizens, to keep them locked away in the dark. But in that darkness, unbeknown to the jailor, bonds stronger than walls were forming.