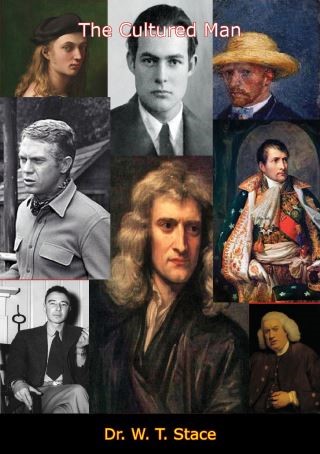 “THIS BOOK’S purpose is to tell you what a cultivated person is, what the value of the cultured person is to himself, his fellows, and his society, and finally, the kind of things the cultured person knows, thinks, and feels. The point of the book is that it may succeed in giving you a fair idea of where you stand in relation to the continuum of culture, and help you understand in what further direction you need to proceed.”—Ashley Montagu, Ph. D.

This provocative book, first published in 1958, is an inquiry into, and an answer to, three very important questions:

2) What does “culture” mean in America?

3) What is YOUR “culture quotient”?

Dr. Montagu analyzes and evaluations the first two questions above in a brilliant opening essay. He then provides 50 tests (1,500 questions with answers) which explore YOUR knowledge and attitudes and which enable you not only to determine where you stand as a truly cultured person but also to find out precisely in what directions you need to move to improve your “culture quotient.”

From ballet to biology, from psychology to sex, this is an instructive test of your own intellectual status, a challenge and a guide to self-improvement.

Dr. Montagu was a professor of anthropology at Rutgers University before retiring in order to devote all his time to writing. He was well-known for his TV and radio appearances, and became a renowned author.

Ashley Montagu: Ashley Montagu (June 28, 1905 - November 26, 1999) was a British-American anthropologist who popularized the study of topics such as race and gender and their relation to politics and development.

Born Israel Ehrenberg in London, England, as a young man changed his name to "Montague Francis Ashley-Montagu,” and (after relocating to the U.S.) used the name "Ashley Montagu." He became a naturalized American citizen in 1940 and taught and lectured at Harvard, Princeton, Rutgers, the University of California, Santa Barbara, and New York University. He authored in excess of sixty books, mostly in the field of anthropology, the best-known of which are On Being Human (1950), The Natural Superiority of Women (1953), and Man: His First Million Years (1957). He also contributed several hundred articles to the scientific and general periodicals in the U.S. and overseas. In 1995, the American Humanist Association named him the Humanist of the Year.

Dr. Montagu studied anthropology at the Universities of London and Florence, and Columbia University, where he was awarded the degree of Doctor of Philosophy for a thesis on the Australian aborigines. He went on to work in various scientific positions in England, including the British Museum (Natural History) and the Wellcome Historical Medical Museum in London, before lecturing at various universities throughout the United States. He was also a visiting lecturer and professor at Harvard University and the University of Delaware.

He was Rapporteur of the UNESCO Committee of Experts on Race which drafted the famous UNESCO Statement on Race. He was Family Affairs and Anthropological Adviser to NBC, and appeared on many radio and TV shows in his capacity as an anthropologist. He was a member of many scientific and learned societies.