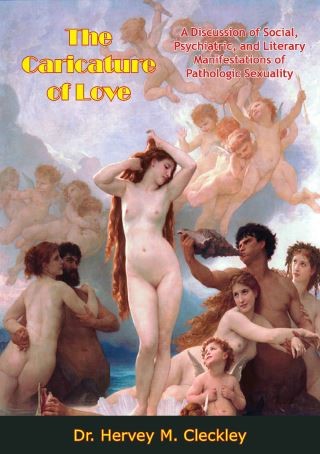 The Caricature of Love

A Discussion of Social, Psychiatric, and Literary Manifestations of Pathologic Sexuality

Originally published in 1957, this book by renowned American psychiatrist Hervey M. Cleckley focuses on two chief themes: sexual disorder and its influences, and a critical examination of some concepts of sexuality which are prominent today in psychiatry and psychology.

Dr. Hervey M. Cleckley: Hervey Milton Cleckley (1903-1984) was an American psychiatrist and pioneer in the field of psychopathy. His book The Mask of Sanity (1941) provided the most influential clinical description of psychopathy in the 20th century. The term “mask of sanity” derived from Cleckley’s belief that a psychopath can appear normal and even engaging, but that the “mask” conceals a mental disorder.

In 1956 he became well known for a vivid case study of a female patient, published as a book and turned into a movie, The Three Faces of Eve, in 1957.